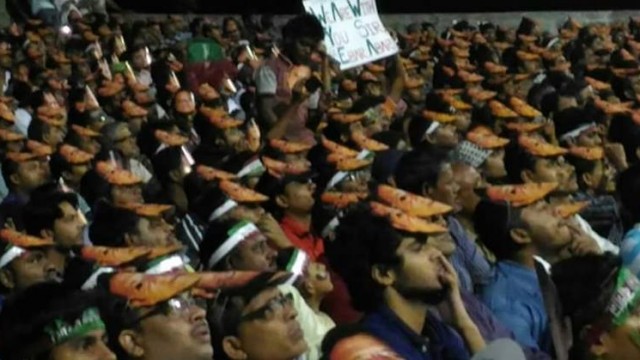 Mohun Bagan got past Mumbai FC by 2-0. Yusa and Sony scored for Mohun Bagan. There were series of misses. Sony alone missed two open nets, Jeje couple, Yusa’s shot hit the post – Glen missed one – otherwise the scoreline would have been better for the league toppers.

However, couple of things are of worries, With Brandon out, U-22 is a bit of concern.

U-22 – Bagan coach can opt for Sarthak Golui in place of Pronay to start with. Pronay can come as a sub later.

Refereeing continues to worry. Recently shameless refereeing was seen in the North East. Even the refereeing in today’s match was poor. Wrong decisions, ignoring fouls, denying penalties indicated that the referee was instructed that points to be shared which would benefit other teams in the title race. Needless to say, refereeing in upcoming matches will be similarly murky.

Today Bagan supporters wore masks of Chief Coach Sanjay Sen to protest against AIFF’s shameless decision to keep him away from the field.

Bagan’s next game will be in AFC Cup against Yangon.