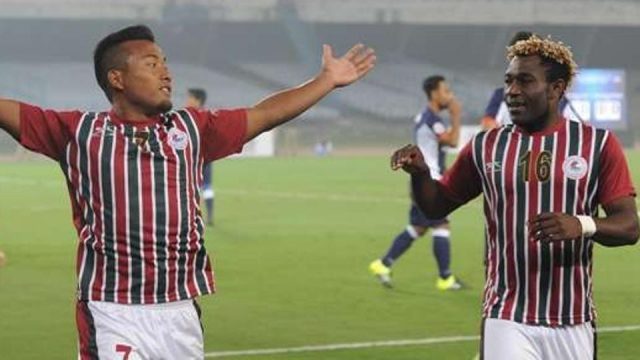 Mohun Bagan managed to secure three points today after they defeated Chennai City FC by 2-1. Jeje and Sony scored for Mohun Bagan today.
However, Bagan did miss Anas’sservice today. Edoardo’s weaknesses were exposed as he failed to manage Marcos. Marcos almost scored twice in the first half, and actually scored past Edu in the second half. Edu was found crawling in a failed attempt to stop Marcos.

Three players had positive runs for Bagan today, Sony, Shubhasish and Debjit. Pronay and Pritam still managed to create some opportunities, but Souvik and Yusa were way off the match. Sony missed a penalty today, and a Jeje goal was cancelled as the assistant referee felt he was offside. Howevwr Sony helped Jeje scored the equaliser, and later scored the winning goal on individual attempt. Prabir , who came as a sub , failed to score from 4 yards. Bagan missed many more opportunity to score.

Coach keeps on saying that he needs performers to.make it to the playing XI, it will be interesting to see how he uses Yusa, who performed well three years back.