The Downfall of the Legacy

No need to give any introduction for Mohun Bagan Athletic Club which is popularly famous for it’s monumental achievements in Indian football and even we became the Asia’s best club in past.
We all know that the club was founded in 1889.
The team won its first trophy in 1904, when they won the Coochbehar Cup. In 1905 Mohun Bagan reached the finals of the Gladstone Cup which was held in Chinsura where they defeated the reigning IFa shield champions Dalhousie 6–1.
Then came the historical moment, Mohun Bagan created history by becoming the first Indian club to win the IFA Shield after they defeated the British Army East Yorkshire Regiment 2–1 on 29 July,1911. This win was considered a landmark victory in the Indian freedom struggle.
Since then Mohun Bagan became the emblem for India’s freedom struggle and 1911 victory was always instrumental to give inspiration for snatching our freedom from Britisher’s which finally India was achieved on 15th Aug 1947. Mohun Bagan was very much associated with our nationalist movement.
Since last 133 years Mohun Bagan was enriched by many eminent players and club officials like – Mr Gostho Pal, Mr. Umapati Kumar, Mr. Sibdas Bhaduri, Mr Bijoydas Bhaduri, Mr Sailen Manna, Mr. Chuni Goswamy, Mr. Dhiren Dey etc and many more. Mohun Bagan won many titles and almost more than 250 trophies so far.
But we never seen any political influence or power game in Mohun Bagan governing body.
Left, Right, Center – people from across the political ideologies used to enjoy the game together.
They used to enter inside our temple club premises after put off their political colored shirt and they used enjoy game as common supporter only.
But unfortunately that is no more the case now. Recently practically no election happed for Mohun Bagan governing body, rather selection was happened and most of the important portfolios were captured by third graded political elements, one of them were in jail for Sarda money laundering case and he is still accused for that charge, investigation is still going on. He is selected as vice president of our club. It’s a shame for whole Mohun Bagan fraternity which is scattered across the globe. Somebody is selected as football secretary just because of he is close relative our chief minister.It is also heard that one MP from Howrah may become president of our club. Ruling party politicians have fully captured our club, who has no association with sports neither they have any other qualification (including educational) as well to take charge of these prestigious posts and portfolios of our club.
As a member and supporter of this century old club I condemn such unlawful and unethical activities.
Joy Mohun Bagan. 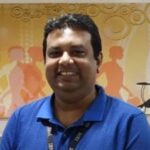 From – The desk of Abhijit Roy, Member , Mohun Bagan AC.