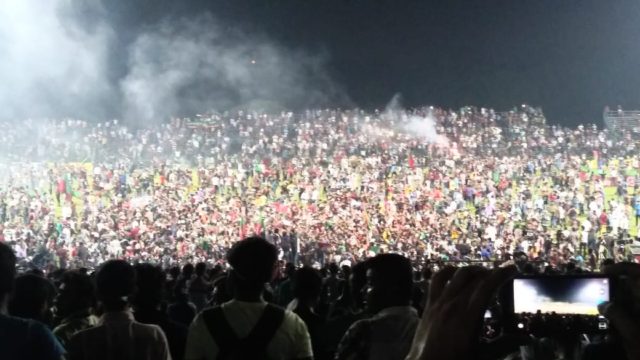 If you trust the players, they will win the trophy for you. This is the mantra most clubs of the world follow. Mohun Bagan is no exception.

Unlike a club that gains referee’s advantage year after year, Bagan believed in its players. They had got success in National level for the same. And this time, Bagan got success in the controversial Kolkata Football League that had been marked for dubious refereeing for a decade.

Mohun Bagan have scored 25 goals this season, conceded 5 and after 10th round stands tall with unreachable 26 points that makes the team champion for the season, without help of any third party support.

Congratulations to the team , the players ,  staffs, officials and supporters.